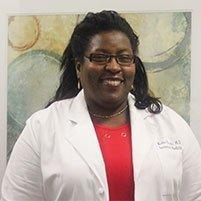 Careful diabetes management by an internist such as Kofo Ekadi, Md can help prevent complications and make a difference in overall health. Dr. Ekadi serves the Burleson, Texas area at her practice, Delta Medical Clinic.

Diabetes is all about blood sugar and its regulation by a hormone called insulin. Secreted by the pancreas, insulin is the only hormone that can lower blood sugar when it gets too high. There are three kinds of diabetes: type 1, gestational and type 2. Type 1 occurs when the pancreas stops producing insulin, and type 2 occurs when the body cells become resistant to insulin’s effects. Gestational diabetes is similar to type 2 diabetes and only occurs during pregnancy.

Are There Risk Factors for Diabetes?

Genetics and family history certainly play a role in diabetes; a family history of the disease is the most common risk factor. Scientists don't know exactly what causes type 1 diabetes (which is more common in children and adolescents), but it often appears shortly after a viral infection. Type 2 diabetes is more likely in people who are overweight or obese, or physically inactive. Although whites can develop diabetes, blacks, Hispanics, American Indians and Asian-Americans have a higher risk of the disease. Being overweight during pregnancy or becoming pregnant after the age of 25 increases a woman's risk of gestational diabetes.

Does Diabetes Have Complications?

Every cell in the body needs sugar to function, so high blood sugar levels can damage any body organ. Kidney failure, or nephropathy, is the result of diabetes' effects on the kidneys. Diabetes is actually the number-one cause of kidney failure in the US. Two other common complications are diabetic neuropathy (nerve damage), which can cause chronic nerve pain, and retinopathy, which can lead to blindness.

How is Diabetes Treated?

The first step in a diabetes treatment plan is dietary modifications -- carbohydrate management in particular since carbohydrate has an immediate impact on blood sugar levels. Insulin must be used in type 1 diabetes and in sometimes used in type 2 diabetes if oral medications can't control the blood sugar. In mild type 2 diabetes, diet and exercise may bring the blood sugar under control. Gestational diabetes treatment depends on the severity of the condition; oral medications or insulin may be used.

At Delta Medical Clinic, we accept most major insurance plans. Self pay patients are welcome. Here is a short-list of just some of the most popular plans we accept. For inquiries on specific insurance plans or pricing, please contact our office.

Words from our patients